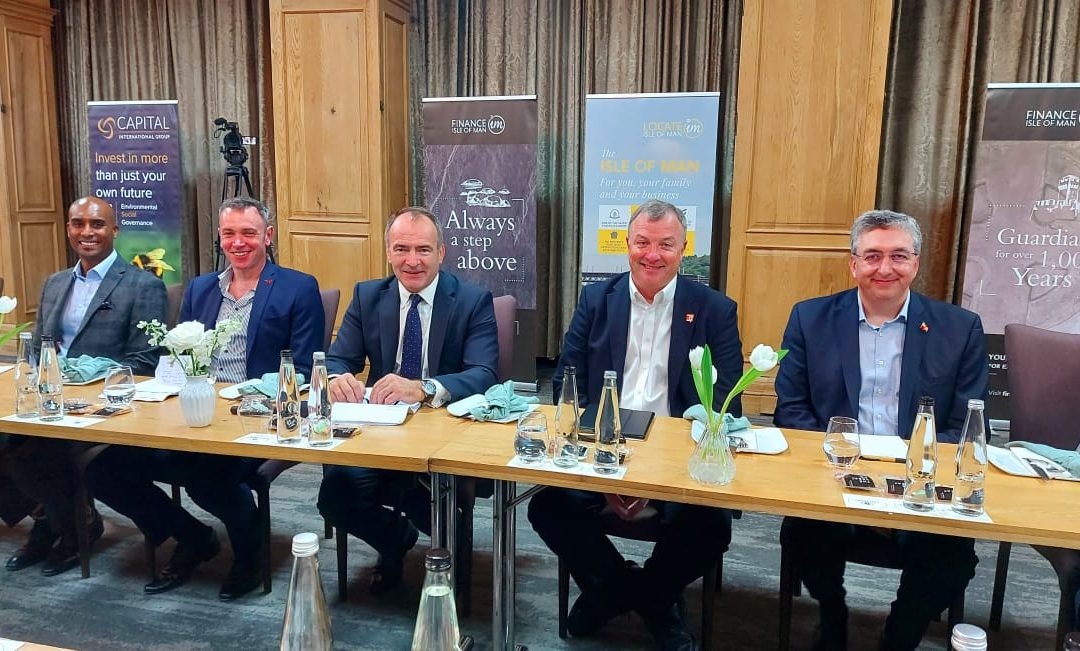 The delegates presented seminars and round the table discussions in Durban, Johannesburg, Cape Town and Stellenbosch in addition to holding private dinners with special guests, and attended a reception hosted by the Chief Minister at the Residence of  the British High Commissioner in Cape Town.

During the trip the delegates covered matters including doing business in the Isle of Man, the robustness of the Island as a jurisdiction and leading financial centre, managing and preservation of wealth, asset protection, emigration, relocation, banking, taking your business international, wealth planning, multi-family offices, inward and outward investment and the present challenges in the market including the potential FATF grey listing of South Africa.

Roelf Odendaal, director of IOM-Indaba said “The events were very well received, extensive dialogue took place both during the events and networking after the events. Our message as a delegation was about two-way investment, via wealth planning, preservation and protection in the Isle of Man, and utilising the Island as a gateway to invest back into South Africa”.

Basil Bielich, director of IOM-Indaba added “Having the Chief Minister attend and speak at the events shows the kind of collaboration between the public and private sector that our economy needs at this time. It conveyed the importance of trade relationship between the Island and South Africa. With a number of delegates in the same field of expertise these trips are about promoting the Isle of Man and benefits of doing business here”.

Dates have been provisionally booked for April 2023 and more information can be located at iom-za.org. The trip will coincide with the STEP conference which is in Johannesburg at the same time.