Brexit’s Impact on the Isle of Man

On Thursday 21st July 2016 twelve public and private sector leaders from the Isle of Man gathered at our Isle of Man headquarters for a closed doors session. Chaired by CEO Alex Fray, the discussion group considered the possible impact of Brexit on the Isle of Man and its economy. 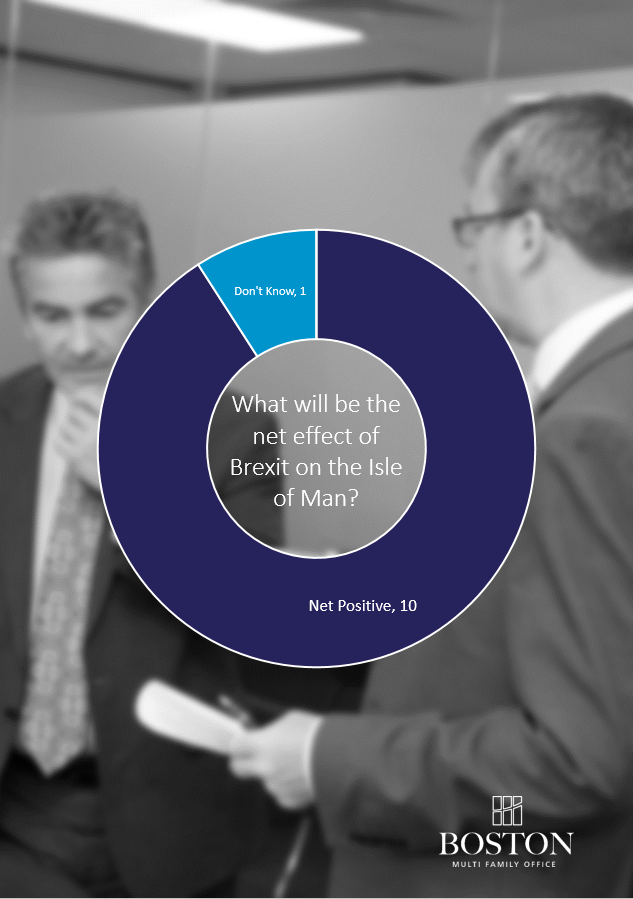 Download the complete report from the Boston Brexit Forum.

This report also explains why, after discussing the possible threats and opportunities to the Isle of Man from the UK Referendum result, ten out of eleven voting contributors felt that the ultimate impact for the local economy would be net positive. Despite the meeting being held only a month after the vote, only one contributor felt uncertain about the net result.

Contributors feeling Brexit would be 'net positive' for IOM

Number of words in the complete report

Enter your details in the form to access the download of the full 36-page report, including an executive summary from Alex Fray and the full transcript of the day’s discussions.